Slim is anything but.  Born May 14, 2011 at the reasonable hour of 9:00 pm.  Large boned, good conformation.  He is friendly and athletic.  His sire, Larrox Z, is a handsome Zangersheide Stallion with primarily Holsteiner bloodlines including Lord and Ramiro Z.  It appears he brought some bone and size to the cross yet Rivana's energy should still maintain the blood needed for an upper level Jumper.  Even as he matures Slim is proving to a lot of his mom - fast, bold and self confident.

Now they are coming 7!  Slim showed as both 5 and 6 year old in the Young Jumpers where he qualified for year end and won a few classes along the way.  In 2017 he stepped into the 1.30 like a seasoned horse.  He is fast, careful and eager while maintaining his rideaiblity.    His free jumping in August  2012 was excellent showing a keen, thoughtful mind with plenty of scope.  Slim was started in 2014 and has shown lightly in the 4 year old development classes at Thunderbird Show Park in the Grand Prix Arena.  Slim was 3rd in the 4 year old Finals in Canada and 2nd in the 4 year old Finals at the Sacramento World Cup Horse show with a total score over three rounds placing him 5th/35 for all Young Horse Age groups (4-7). 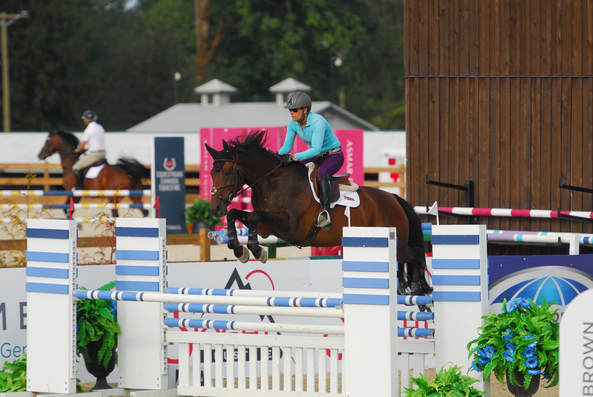 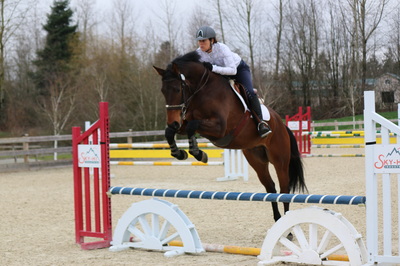 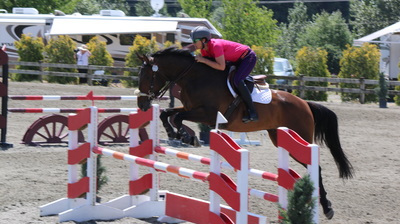 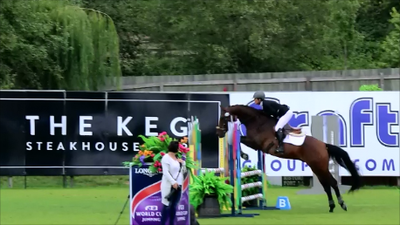 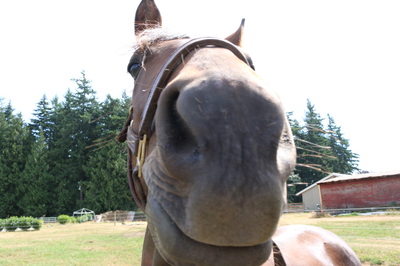 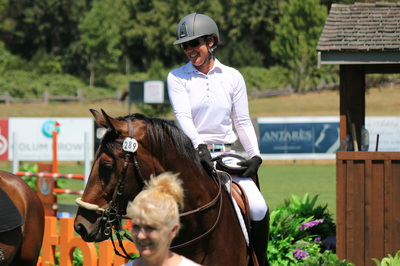 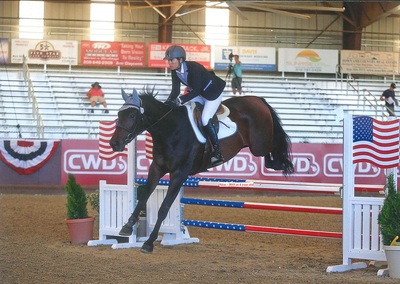 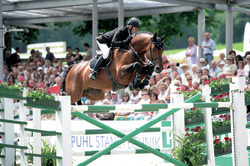 Chacaltaya (2010 Unfettered/Chacco Blue) is such an extreme athlete with great jump and an excellent mind that I bred another Chacco Blue-this time to Rivana.   The colt was born May 21, 2012.  He is a superb looking horse with a very laid back personality.  He did not show in 2016 as a 4 year old and showed lightly in 2017 as a 5 year showing his scope and power.

Ringo was a Premium foal at the 2012 Holsteiner approvals. 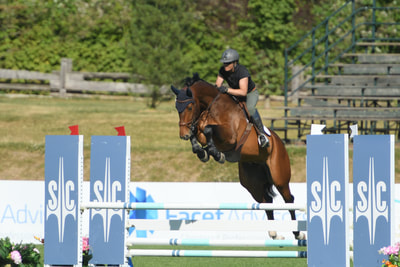 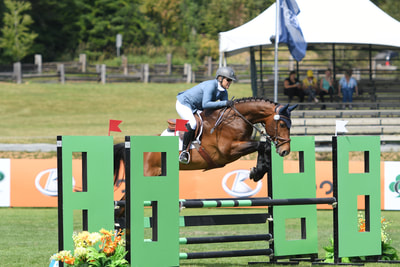 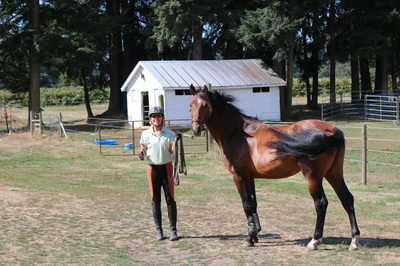 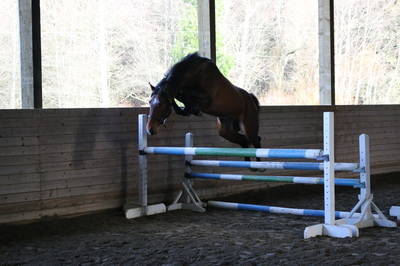 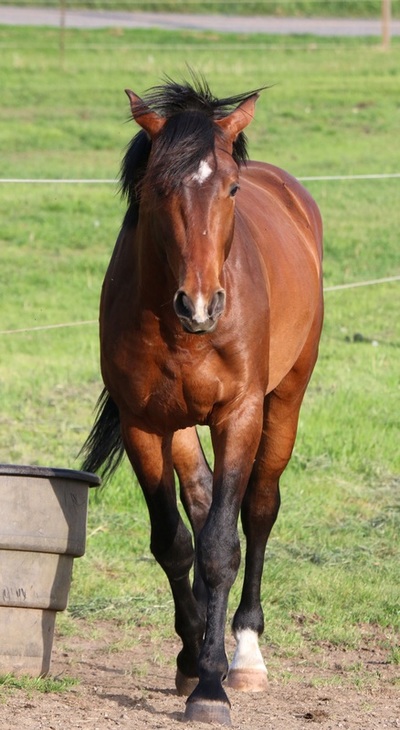 2018 Update:  Due to personal circumstances we had to go on Hiatus so I took the crew and headed south to California and put the horses in training and didn't show until October at Del Mar.  Odi and I jumped well in the 1.30s and learned a lot from Guillermo and Lynn Obligado of Woodgrove Farm.  We worked on the skills necessary to move up to the 1.40 (for which Odi is very simple).  I do not think I will show at that level as it takes a time and show committment that is not part of my lifestyle so Odi is for sale.  He has matured into a solid, confident horse that will win at speed in the 1.20 or if your aspirations take you to the GP he has the mind and body to do that.

2016/2017 Update.  Where does the time go? 2017 was a year to show at Thunderbird in Langley, Canada as we stayed close to home.  Odi stepped into the 1.30s and did the 6 year old classes with excellent placings and great rideability and jump.  In 2016 Odi took on the YJC West Coast 5 year olds and put in some great clear rounds qualifying us for the finals.  2015 Update.  Odi is showing lightly in the 4 year old development classes and has been in the top placings each time.  He headed to the IJF 4 year olds in California where he won Grand Champion taking Champion in Scope, Type, Rideability and then won in Sacramento at the World Cup show for the 4 year old final.  He was second placed Young Horse (out of 34) by only 1 point over three rounds.

This is a great cross!  Osilvis stamps his get with looks, beautiful jumping form, and quiet minds.  Combined with some blood and lightness of Unfettered Odie got the  best of both! More information on the stallion at http://mwstables.com/osilvis.html.  Born May 30, 2011.  Odi loves to run, is a beautiful horse with superior movement, sensitive and reasonable.  Upper Level 3 day prospect.  Odie was started in 2014 and is under saddle. 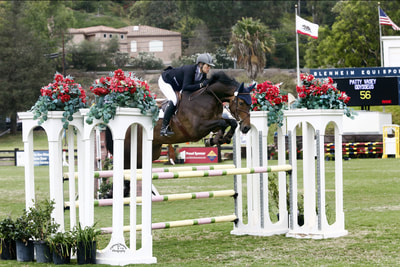 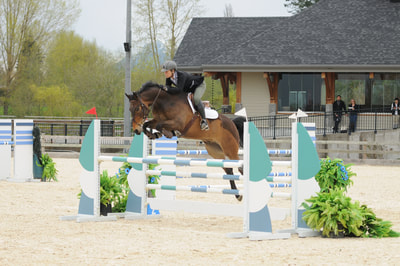 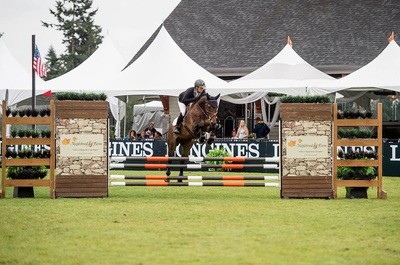 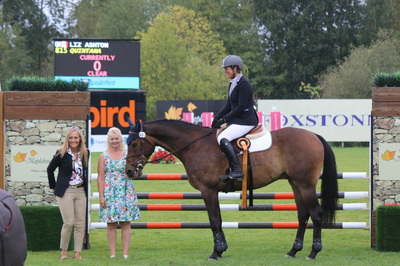 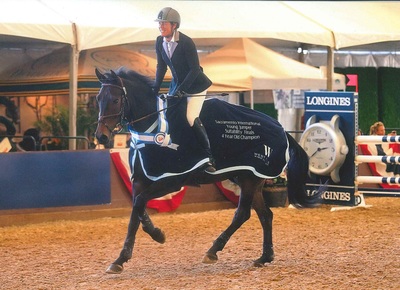 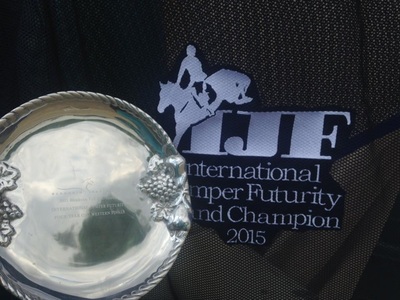