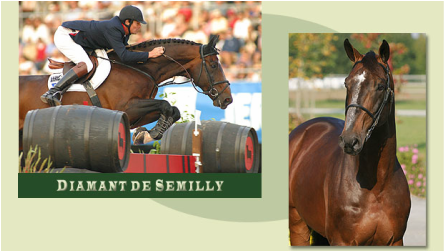 The proof of the bloodlines is exhibited in the progeny.  Having had two colts whose grandsire was Diamant de Semilly and looking at the World Sport Horse Rankings for Jumpers I decided to breed Unfettered to Diamant himself. 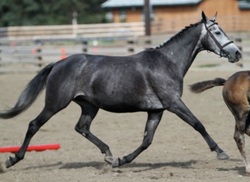 2004 Holsteiner Mare by Riverman out of Kocida/Lordship
This stunning mare received a 59 at the 2010 Holsteiner Approvals and was Site Reserve Champion.  Sophie was 4th in the Nation for 2010.  She received an 8 on her canter.  She has a correct jump with lots of scope.  She is an athletic mare with the same sire as Rivana and desirable "L" Holsteiner lines.  There is no "C" line for at least 4 generations.

Her first foal, Chacaltaya, was premium with a score of 7 for conformation and 8 for movement.  Her second foal, Toto's Yolo (Totilas) received 8 for movement and 8 for conformation and was in the top 10 in the nation at the 2012 Approvals.   There is no "C" line for at least 4 generations.   Her third and fourth colts have not been presented due to timing but are flashy with excellent movement and jump.

As the foals have matured:   The first by  Chacco Blue (Mecklenburg) - has been sold and is showing lightly as a 5 year old.  He has excellent conformation, movement, and jump and time will tell if he will be a Hunter, Derby Horse, or Jumper.  Her second colt was by Osilivis was free jumped for the first time as a two year old and was keen with great form.  He was started under saddle in 2014 and is proving himself to be an excellent student.  In 2015 Odysseus won the 4 year old Championship in British Columbia, was Grand Champion West Coast in the IJF 4 year olds (winning all three titles) and Sacramento International Horse Show's 4 year old Suitability.   The first two foals, although bred to jump, have inherited their dam's movement.  The third colt by  Totilas was sold as a 3 month old as a future FEI young horse.  His winnings as a 2 year old put Sophie on the list for top dam in the nation.  Totilas is a Three Time World Record Holder.  Click here for more information.  She has a 2015 gelding by Emerald, who is on the 2016 Dutch Olympic Team.  Her 2016 colt by Diamant de Semilly has been born.  He and Sophie are now proudly owned by Jenni Nicolai as foundations for their breeding program in Nevada.

2010 Unfettered x Chacco Blue - Chacaltaya AKA Cyd
November 2013 - Congratulations to Natasha Muckova, with Kim Gard (Strides LLC) acting as agent, on her purchase of Cyd.  Cyd will be trained by Kim Gard out of Arlington Washington.  Look for them to take the hunter ring and from there the derby field by storm.  Best wishes to my "first born" of the breeding program.

August 2014 - Photos below are Cyd as a 4 year old at his first show - playing in the jumper ring.  2016  Cyd is showing in the 6 year old young horse classes at Thunderbird Show Park, Langley Canada. 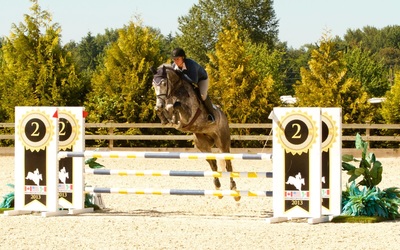 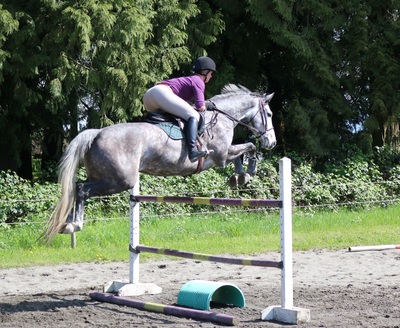 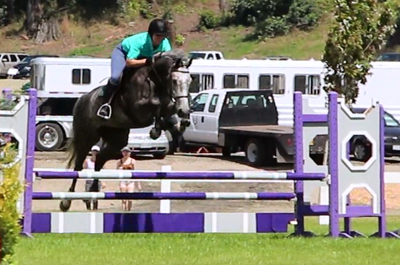 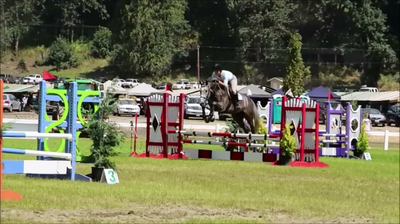 Chacaltaya, aka Cyd, has the presence and movement of his dam.  He is friendly, smart, and easy.  His sire, Chacco Blue, is a World Cup Show Jumping stallion by Chambertin and the damsire is Contender.  Please click here see the website for more information, pictures, and bloodlines.   Video of him Freejumping at http://www.youtube.com/watch?v=1YqYQg09N9s.

I see Derby horse in his future.  He has great presence and beauty with a super jump and mind.  I took him to the May 2013 Sonoma Horse Park show to experience a show and he was fantastic - quiet, amenable, flatted and jumped in all the arenas.  He quietly experienced it all.  He is so well balanced that his flying changes are already there! 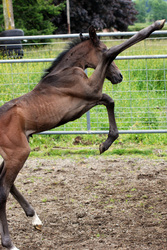 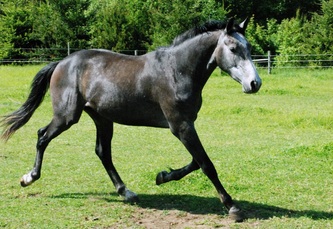 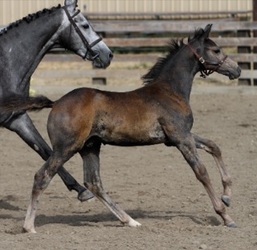 Horses of the Past 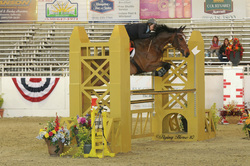 1.30 6 YO Class-Sacramento International Horse Show
2004 16.3h Zweibrucker Gelding by Capone (Contender) out of Layla XX.
Cortez is showed the abilities of both his parents.  Layla was a 1.40 speed horse in Argentina and Capone is a 1.50+ Grand Prix, currently with Kyle King.  They were the recent winners of $125,000 CN Performance World Cup, beating Hickstead by .5 seconds.    Cortez was shown very lightly as a 5 and 6 year old and handled the pressures of the larger fences and tougher courses that the Young Jumper series asked of these horses very well.  He was Zone A/O champion and placed 3rd in the $10,000 Classic in October 2010.  Cortez showed successfully at Thunderbird in 2011 in the 1.30 and 1.35.   He showed at the Sacramento International Horse show in the $10,000 1.40 A/O Classic.  He has proven himself both in large Grand Prix Fields and in the technical Indoors as well.   Highlight video.

In January 2013 Cortez suffered inoperable colic and had to be put down.  I will miss my partner. 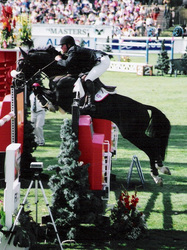 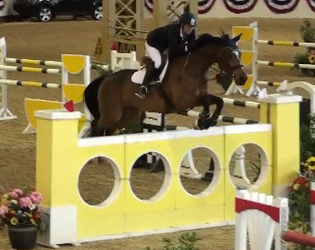 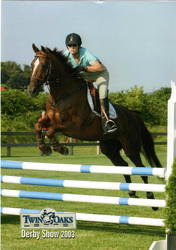 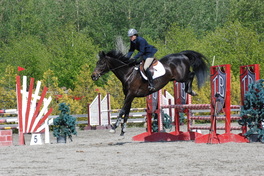